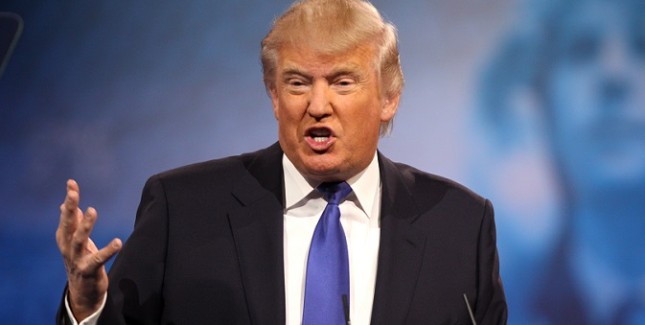 In an effort to gain some support from the African-American community, Donald Trump called for a “civil rights agenda of our time” during a scripted speech he gave to an African-American church in Detroit on Saturday.

This was the first speech he has given to a predominantly black audience after trying to reach out to the African-American community with several speeches given to mostly white audiences. The Republican presidential nominee was met with protest during his stop at Great Faith Ministries, where he tried to push unity.

“Our nation is too divided. We talk past each other and not to each other. And those who seek office do not do enough to step into the community and learn what’s going on. I’m here today to learn, so that we can together remedy injustice in any form, and so that we can also remedy economics so that the African-American community can benefit economically through jobs and income and so many other different ways,” said Trump, according to CNN.

Trump told the church’s congregation that he plans to “help you build and rebuild Detroit,” which endured population loss, extreme poverty, and high unemployment. “I fully understand that the African-American community has suffered from discrimination, and there are many wrongs that should be made right,” he said, while urging for a “civil rights agenda of our time.”

According to the New York Times, the Trump campaign insisted that questions be sent in advance, to prevent unwanted gaffes. Scripted answers were provided to Trump by his staff, an unusual practice for the famously improvised candidate.

Not everyone was happy with his visit to the black church. A group of protesters that waited for him chanting: “What do we have to lose? Everything.”

According to the AP, the Rev. Lawrence Glass said Trump peddles the “politics of fear and hate” and “minorities of all kinds have much to lose taking a chance on someone like” him.