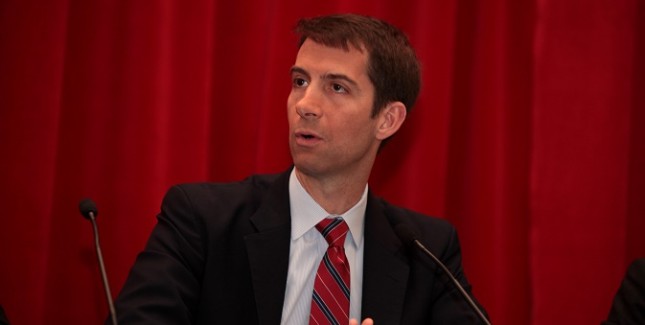 During a hearing on Tuesday of the Senate Armed Services Committee, the Arkansas Republic asked Adm. Mike Rogers, director of the National Security Agency, why his agency did not agree with other intelligence agencies that point to Russian officials trying to help Trump win.

Rogers admitted that there is evidence that points to the likelihood that Russia tried to help Trump win, but would not sign off on that explanation because he didn’t feel that there was enough evidence to prove it.

Cotton acknowledged that the evidence was classified and couldn’t be revealed during the hearing, but referred to statements Trump made during the campaign about North American oil exploration and spending more on defense.

“None of those things seem to be favorable to the Kremlin,” Cotton said. “Did your agency take those things into account?”

“President Trump promised to reverse those policies, Secretary Clinton largely campaigned on continuity,” Cotton said. “That doesn’t sound to me something that the Kremlin would be happy about.”

“Do you think, given that eight-year history of the Obama administration, that Russian intelligence and leadership felt emboldened to undertake the hacks of those e-mail systems and release them?” Cotton said.

“Now, you are in to political judgment, sir, and that’s not my area,” Rogers said.