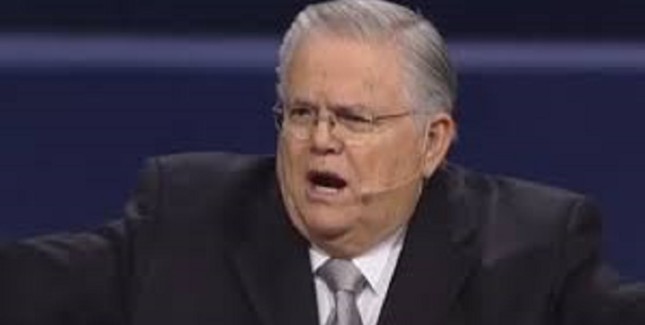 On a recent “Hagee Hotline,” John Hagee seized upon the false and deceptively-edited smear video purporting to show a Planned Parenthood executive engaging in the illegal sale of “aborted baby parts,” which he naturally likened to Nazi Germany.

“Planned Parenthood was caught on video chatting about the harvesting and sale of infant body parts over a glass of wine,” Hagee said. “It brings to mind the evil of Adolf Hitler’s Third Reich and Dr. Mengele, the Doctor of Death, and his gruesome brutal butchery of children for his demonic research for the Third Reich.”

The discussion in the video, Hagee said, was no different than when “Hitler’s monsters tallied up cattle cars transporting Jewish people to Auschwitz,” which is why viewers must call Congress and “demand that Planned Parenthood be defunded” in order to “stop this tax-funded murder in the United States of America.”