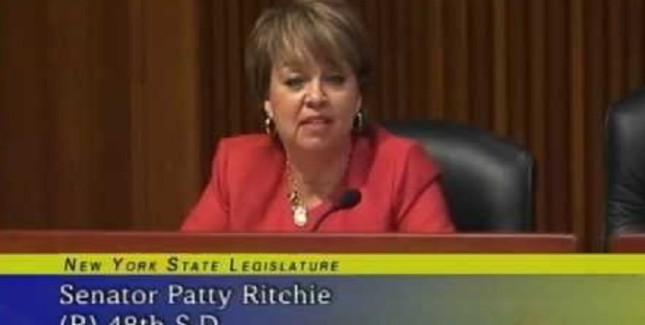 The latest dietary advice came from a rather unlikely source this week, the Republican party. This came in the form of a bill that was initiated by State Sen. Patty Ritchie. The bill basically seeks to heighten the limits on any transactions effected via the Supplemental Nutrition Assistance Program, SNAP.

It is Ritchie’s held belief that state assistance has no place being used to purchase confectionary, junk food and other unnecessarily pricey goods. In a memo attached to the bill, the senator commented, “At a time when our state and nation are struggling with an obesity epidemic, it is critically important that taxpayer-funded programs help low-income consumers make wise and healthy food choices.” Taking it a step further, Ritchie also identified some products such as lobster, specified parts of steak, elaborate baked goods and energy drinks, all which she holds, are way too delectable to be part of the shopping list on food stamps.

At present, an individual can use the contentious EBT cards to buy intoxicating drinks, cigarettes, pet food or readymade meals. In going against this status quo, the conservative Ritchie is looking to push for a system that parallels the government’s objectives of helping enrich public well being by putting a ceiling on the products EBT cards can purchase. These products would need to be nourishing and healthy, the likes of fruits, vegetables and organic snacks.

To further streamline the bill, a motion to dictate the terms by which the Office of Temporary Disability Assistance evaluates goods that may be deemed too lavish to retail to SNAP recipients, would also be recommended. Though similar restraints have been echoed in other states, there may be little chance of success in the New York Assembly.

The misguided notion that some people lead an opulent lifestyle on food stamps has been existence since the 70s, but research has disproved this. To date, there has been no substantiation of the fact that some parts of the American population have purchased cruise getaways using food stamps as was critiqued by legislators in Kansas. In the same vein, no official publication has established the association between food stamp use and non – nutritive dietary habits.