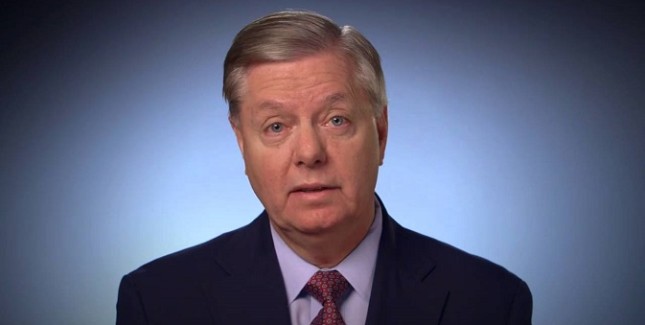 During a town hall in South Carolina, Sen. Lindsey Graham faced a tough crowed as many people were eager to voice their anger over how the GOP prohibited hearings for Judge Merrick Garland to fill the empty seat on the Supreme Court.

While throwing his support behind Judge Neil Gorsuch, who was nominated by President Donald Trump to fill the seat left vacant by Antonin Scalia, Graham tried to explain to the booing crowed about how America works.

Graham claims that President Barack Obama did not have the right to fill the seat because, “Scalia died in February after three primaries had started a week before the South Carolina primary.”

“Everyone that boos Judge Gorsuch, you’re not persuading me at all,” Graham told the angry crowd. “Matter of fact, if you can’t understand this is a qualified nominee, then you’re not listening.”

“So I’m going to vote for Neil Gorsuch. If they try to filibuster him, they’ll be turning the country upside down and it will be a sad day and I will vote, if necessary, to the change the rules,” he threatened.