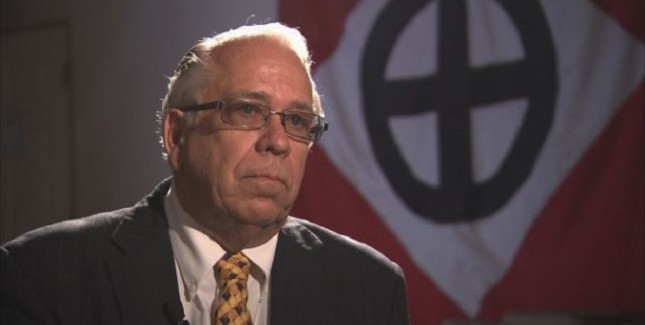 Once the pressure started mounting, Donald Trump hesitantly denied any connection to the infamous racist group, the KKK, recently. This however, has seemingly done little to discourage the supremacist group backing the GOP front – runner. In the latest press statement, the head of the KKK singled out Trump as ‘’the pick of the litter.’’

Thomas Robb, the national director of the KKK movement sat down with an Arkansas Times reporter to discuss the presidential hopeful. Robb pointed out that any of the Republican candidates would be an acceptable nomination for presidency, compared to Hillary Clinton, picking out the real estate mogul as the best fit for the position.

This follows an animated interview in which Trump came under fire from a CNN corresponded for not refusing the KKK ‘s support. Holding his ground at first, Trump eventually backed down and stated that he would not be looking forward to their aid.

This occurrence however, served as no deterrent for Robb who stated, ‘’ “As far as I’m concerned, Donald Trump is the pick of the litter,” over the phone. He substantiated his sentiment by saying, ‘’ “The image of the Klan that is portrayed by the media is hateful people. What I suspect that they’re really disavowing is the image that most people have conjured in their minds when they hear about the Klan or the KKK.”

In essence, Robb, shared his approval for Trump’s campaign tactics as he finds them helpful to his group’s ethos, that revolves around averting ‘’white genocide.’’ Robb remarked “I do think he’s probably good for it.’’ He added, “Anybody who raises issues that are of concern to where this country is going to be 10 or 20 years from now is a good thing.”

Robb went on to shed some light on the activities of the KKK, saying, ‘’ “We believe in loving our heritage, loving our culture, loving our people.” Speaking to their fears, he went on, “We’re concerned about the demographic shift occurring in this country. We see a nation that is going to be less than 50 percent white in less than 20 years. Culturally and morally and spiritually, we’re already a huge minority. The demographics are slowly changing. I think that’s alarming to a lot of people.”