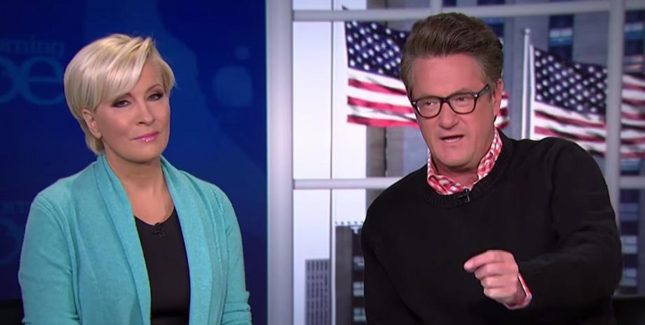 According to MSNBC’s Joe Scarborough, due to President Donald Trump’s deep jealousy of former President Barack Obama, the Democrats now have a winning campaign ad for the next elections.

During an interview on Fox News on Sunday, Trump clams that he was the one who said that the Republican Senate health care bill was “mean,” not Obama.

“That is incredible,” Scarborough said. “First of all, Republican senators and House members (are) fighting for their political lives, trying to figure out what to do, and just because Donald Trump is so, so crazy and so jealous of Barack Obama, he gets him to admit that the health care bill is mean.”

Scarborough parodied Trump, who was provoked into criticizing the health bill after the former president bashed the “fundamental meanness” of the Republican Senate bill.

Scarborough teased that the president fell for Obama’s “Jedi mind trick” by echoing his criticism of the GOP legislation.

“Think how damaging this is,” he said. “We joke about it, but what is the impact of the president doubling down on the House bill where they had their party in the beer gardens and now he’s saying it’s mean. What’s the impact?”

The Morning Joe host insisted that Democrats will be replaying Trump’s comments next year during the elections.

“How it is he’s going to go and say, you must take this vote on this bill I have denounced as mean — I don’t know how that works,” he said. “It seems like a strange sales pitch.”