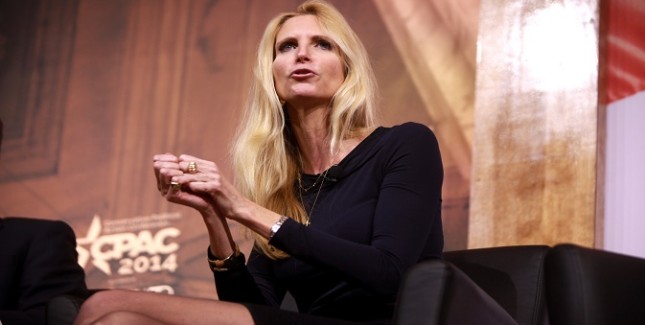 It turns out that far right-wing activist and author Ann Coulter, who released a book titled “In Trump We Trust” last year, is not to thrill with the way Trump has started his presidency.

Coulter told Daily Caller that the president has failed to keep his promises of building a wall between America and Mexico and cutting protections for illegal immigrants who were brought to the country while they were very young.

Coulter started the interview by saying that even though she finds his personality “grotesque,” she hoped that he would keep his promises on immigration, an issue that she cares deeply about.

Considering that the GOP has been preoccupied with repealing Obamacare and taxes, Coulter thinks that Trump’s supporters will need to keep the pressure on him in order fulfill his promises.

“It’s a nightmare,” Coulter said, adding that if the president keeps up at this pace she’ll have to admit that the “Trump haters were right.”

However, Coulter isn’t quite ready to give up on Trump just yet.

“We have to keep Trump’s feet to the fire,” she said. “It’s weird because I really think in his heart he’s a genuine patriot. It’s just that it has been such a disaster so far, and that General Kelly is so preposterous, and McMaster — did you see him at that press conference? I thought he was retarded.”