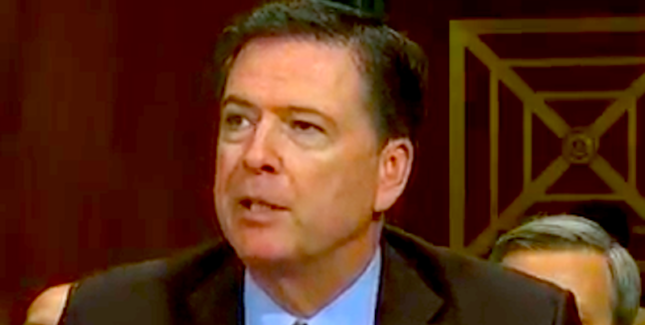 Sources have told CNN that during last year’s presidential elections, former FBI Director James Comey received some Russian intelligence that he knew was false, but acted on it anyway.

According to the source, although the former FBI director knew Russian documents about former Attorney General Loretta Lynch were fake he acted as if it might be real just in case someone leaked them.

The documents claim that Hillary Clinton was given secret assurances by Lynch that the FBI would not be allowed to investigate too deeply into her private email server.

Although Comey knew the documents contained fake information, he thought that if they got leaked somehow, the FBI’s entire investigation would be thrown into doubt.

“Sources close to Comey tell CNN he felt that it didn’t matter if the information was accurate, because his big fear was that if the Russians released the information publicly, there would be no way for law enforcement and intelligence officials to discredit it without burning intelligence sources and methods,” CNN reports. “In at least one classified session, Comey cited that intelligence as the primary reason he took the unusual step of publicly announcing the end of the Clinton email probe.”