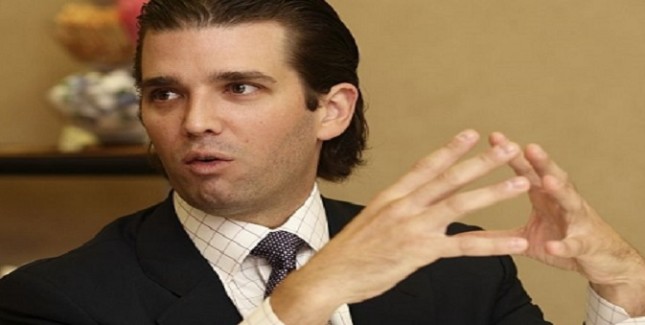 Donald Trump and his campaign love to point out anytime they receive some type of support from minorities, an example can be seen during a previous rally where Trump referred to a black supporter as “my African American.”

Another example of can be seen when Donald Trump Jr. excitedly called attention to the endorsement his father received from CJ Pearson, a black teenager famous for saying ‘Barack Obama doesn’t love America.’

Lauding a black person because he or she is articulate can be taken the wrong way. It may convey an impression that you are surprised when a black person can speak proper English.

Many were quick to respond to Trump Jr.’s tweet and point out that his choice of compliments may not be taken as such.

Doc Damian Hopkins: I say this as a favor to you, Don: “Articulate” is not a compliment. At least, it won’t be taken as such.

Blobert Ironside: When it’s an endorsement: Oh, how articulate and smart!
When it’s a criticism: Thug!

Julius Swerving:  articulate? this is how you poll 0% with black voters

Robert: First time you’ve met a young articulate black man? You should get out of your mansion. They are everywhere!