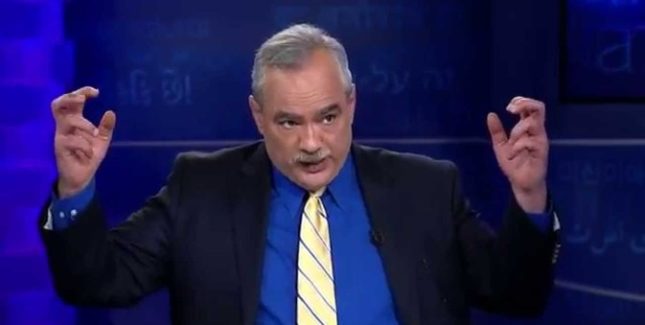 Graham Ledger’s ‘’One America News Network’’ recently hosted Walid Shoebat, a right wing activist who also happens to have an unbalanced anti – gay vlogging son, Theodore. The subject matter of the show was an unfounded theory relating to the Malaysian plane that went missing last year, as well as the tragic Egypt Air flight that met its demise en route to Paris from Cairo. The activist’s story revolved around the conspiracy that Muslim pilots looking to become martyrs in their religion had plunged the planes into oblivion.

As the conversation built up to an inevitable climax, Ledger was inclined to ask of Shoebat, whether he would “get on a small airliner that’s based out of the Middle East.”

To this Shoebat was quick to answer, mentioning that over and above the small flying vessels, he had pretty much given up traveling by air altogether, some two years ago. His rationale is that you never know whether the person steering the plane is Muslim or otherwise.

“I stopped flying even in the U.S. two years ago,” he quipped. “I completely — I flew 3,000 flights to get my message out in this country. Finally I realized, I get into an airline where I see 20 Yemeni students, it’s terrifying. I do not know if the pilot is Muslim or not.”

Shoebat also added that at some point while crossing over the Mexican border control, a security detail ‘’thought I was a Muslim because my name is Muslim and he welcomed me in an Islamic way.’’ The border patrol agent then allowed him into the USA without any further searches.