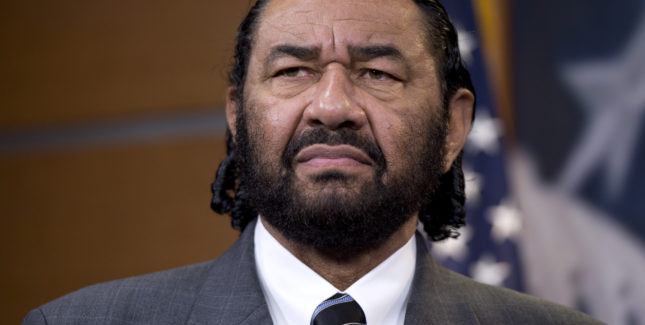 Democratic Representative Al Green admitted that he is currently drawing up articles of impeachment against President Donald Trump and has every intention of pushing ahead with the process.

Lat week, the Texas congressman requested that his colleagues start the impeachment process while appearing on the floor of the House of Representatives; this all happened one day after it was revealed that former FBI Director James Comey kept a memo, which claims that the president asked him to stop investigating former national security advisor Michael Flynn.

Green has since received several death threats and racial insults, but he insists that he will not be diverted from his mission. “We will move forward, and as a matter of fact, I am currently crafting, drafting if you will, articles of impeachment.”

“At some point, we’ll wait to see what others will do, and if no one else does, the president has committed an impeachable act, and I will take it upon myself to do that,” he said.

Although some Democrats have been hesitant to call for impeachment, several have joined the fight and have openly began using the word impeachment for the first time since Trump admitted to firing Comey because of the FBI’s investigation into his campaign’s connections with Russian officials.

According to The Washington Post, Senate Democrats claim that the White House told federal agencies not to cooperate with Democratic members of Congress who are investigation Russian’s involvement in last year’s elections.