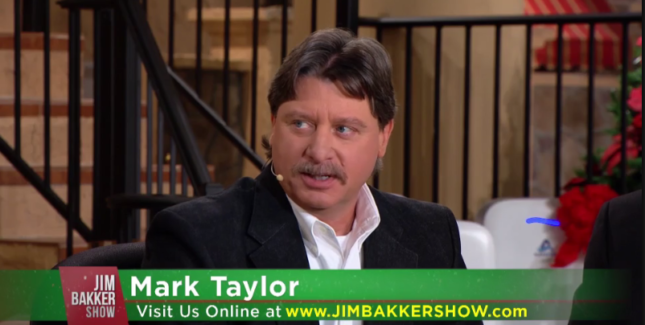 Earlier this week, self-proclaimed “firefighter prophet” and right-wing conspiracy theorist Mark Taylor appeared on the “Faithtalk” program, where he predicted that President Trump has already taken the steps necessary to prepare for a wave of arrests of thousands of satanic pedophiles in the month of February.

Taylor called on “the army of God” to pray that there would be no civil unrest “when they start rounding up these people” so that “divine justice will be served.”

“They’re fixing to, I believe, drop the hammer on a lot of these people and they’re going to start rounding these guys up,” Taylor said. “I think a lot of this stuff, from what I’m hearing in the natural or seeing in the natural—like the military presence, stuff like that—a lot of this stuff is going to start to go down in the month of February. So we’re only a couple of weeks away from when the big stuff might begin to happen. If they do pick the month of February to start rounding people up, that is usually the coldest month of the year for the entire country, so that will keep a lot of people off the streets, if you know what I mean.”

Taylor went on to claim that an executive order that Trump signed last month gives him the power to seize the assets of anyone involved in human rights abuses. This, he said, will be used to target the Clintons, the Obamas and George Soros in order to prevent them from being able to pay groups like Antifa or Black Lives Matters to protest to the wave of arrests.

“He now has the power to go in and seize this money and to grab it,” Taylor said. “So these people like Antifa, Black Lives Matter … these guys are not going to protest if they’re not getting paid, so if the funds are already drying up and they’re already seizing the money, then the money is not going to be there to pay these protesters. So that is one way that God is working behind the scenes to save America.”

Solving puzzles you can improve your dexterity and problem solving skills.