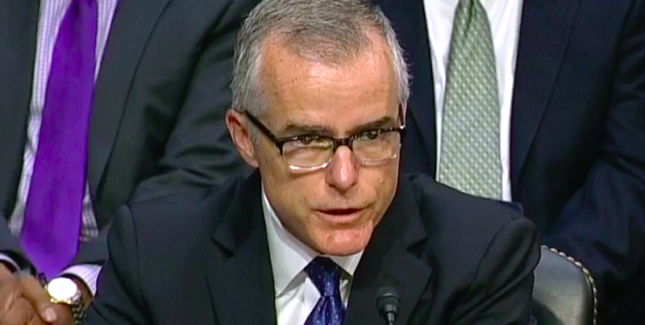 Despite the fact that active FBI agent chief Andrew McCabe is set to resign one week from now, Attorney General Jeff Sessions may fire him in any case.

The New York Times reports that an inner proposal has been given to Sessions contending that McCabe should be let go.

“McCabe is caught in an inner audit that incorporates an examination of his choice in 2016 to permit F.B.I. authorities to talk with columnists around an examination concerning the Clinton Foundation,” the Times reports. “The Justice Department’s controller general reasoned that McCabe was not anticipated amid the audit, as indicated by the general population advised on the issue. That yet-to-be-discharged report set off a F.B.I. disciplinary process that prescribed his end — leaving Mr. Sessions to either acknowledge or switch that choice.”

Terminating McCabe, who has worked at the FBI for as far back as 22 years, before his retirement would make him lose his benefits. President Donald Trump has encouraged Sessions to flame McCabe so he can’t gather.