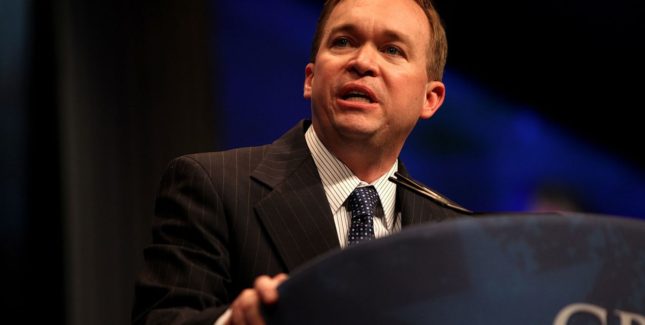 On Tuesday, the Office of management and Budget Director Mick Mulvaney said that the federal budget that was created by President Donald Trump is the first one that shows “compassion” for taxpayers.

Mulvany insisted during a briefing at the White House that the president’s large cuts to entitlement programs in order to increase military spending, pay for a border wall and give the wealthy a sizable tax reduction.

Mulvaney claims that Trump’s plan looks “at the budget through the eyes of the taxpayer,” not the people who are living off federal programs.

“That is the part of the budget that deals with American greatness,” he insisted.