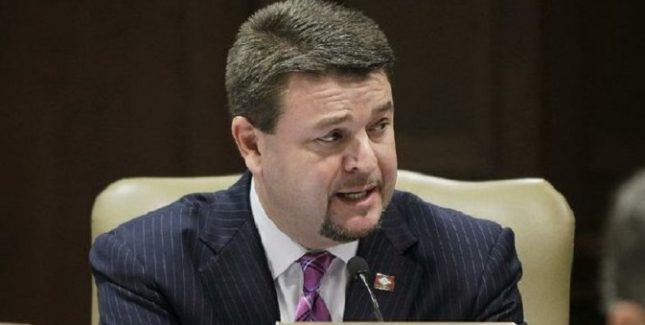 According to an Arkansas Times report, Republican Arkansas Senator Jason Rapert is back in the headlines after having another racist meltdown on social media.

Rapert expressed feelings of justification after Facebook reversed their decision and restored posts he put up over the weekend where he called for Americans to support him in not only deporting Muslim extremists, but “every single Muslim extremist sympathizer and other anti-American crazies.”

“Regardless of who is responsible for these events today – we need to round up every single Muslim extremist sympathizer and other anti-American crazies and detain them or deport them,” wrote Rapert on his homepage in reaction to the mass stabbing that happened in a Minnesota mall and the bombing that injured several people in Manhattan. “And for goodness sake – stop bringing more Muslims into this nation.”

Rapert also claimed that Muslims “wait for every opportunity to convert Americans to Islam or kill the infidels — that is what their holy book the Koran instructs them to do.”

After Facebook removed his post due to a supposed violation of “community standards,” the Arkansas senator protested and managed to make the social network put his post back up and apologize for taking them down in the first place. Although Facebook said removing his posts was an accident, he still criticized their actions in a tweet: “Liberal organizations like @facebook censor anything they personally disagree with-which apparently is any Christian conservative opinions”