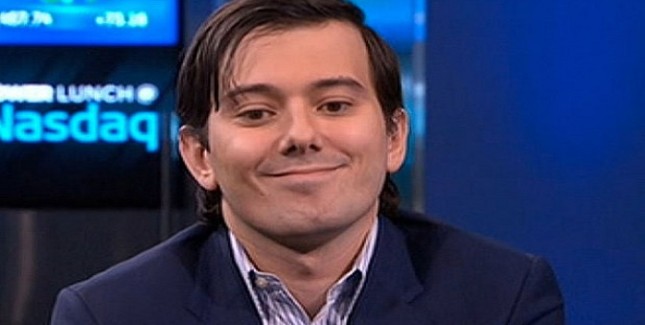 Appearing on Bloomberg TV, the CEO of a pharmaceutical company that recently hiked the price of a drug used for critically ill infants and AIDS patients by 5,500 percent, defended the price increase by promising better things to come for future patients. Martin Shkreli, the founder and chief executive of Turing Pharmaceuticals, recently purchased the rights to Daraprim and immediately increased the cost from $13.50 to $750 per pill.

Asked why the huge increase in cost, Shkreli explained that the old companies who owned the drug were “practically giving it away almost,” and he needs to turn a profit. Noting that the pill sold for $13.50 and the course of treatment “to save your life was only a $1,000,” Shkreli said he had to make a change.

“We know, these days, in modern pharmaceuticals, cancer drugs can cost $100,000 or more, whereas these drugs can cost a half of a million dollars,” he explained. “Daraprim is still under-priced relative to its peers.” Asked if the pill really only costs $1 to manufacture, Shkreli agreed and said, “It costs very little to make Daraprim.”

Shkreli then listed off manufacturing, distribution, and FDA costs as well as paying the people “who make it to specifications.” Pressed even further on the $750 cost per pill, the CEO defended the price by noting how much it brought into the pharmaceutical company annually. “This drug was making $5 million in revenue,” he said with a smile. “And I don’t think you can find a drug company on this planet that can make money on $5 million in revenue.”

Shkreli stated that the drug is made for a “very tough disease.” “It requires a lot of attention and focus. The drug company needs to partner with the patients and make sure that it’s a very cared for community. And that costs a lot of money too,” pointing out that the company also “gives away” the drug for $1 for those who can’t afford it. Shkreli added: “Patients now have a powerful ally in our company.”