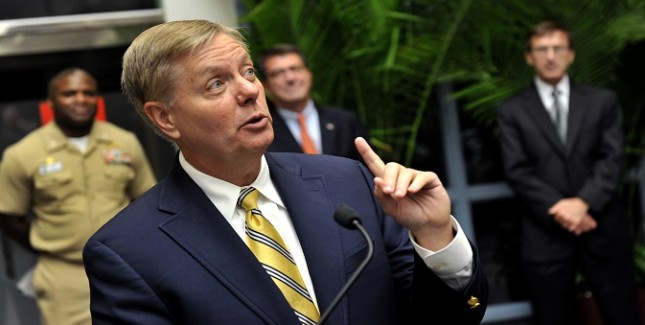 When it comes to the Republican establishment, there is a whole subculture devoted to hating Rand Paul. And it would seem that the day its adherents have been waiting for is finally here. As Rand Paul is preparing to start off his official campaign in Louisville, KY, so too is the effort to kill it intensifying.

Recently calling for a 16 percent raise in Pentagon spending, Paul can be said to have moderated his stances. However, that has done nothing to cool the antipathy from the most hawkish members of his party who deem Paul an isolationist.

On Sunday, presidential hopeful Sen. Lindsey Graham, R-S.C., suggested that presumptive Democratic nominee Hillary Clinton might be preferable to Paul. Graham was, in fact, speaking aloud what many in the GOP establishment have long said in private.

Despite consistently trailing the frontrunners, it’s a sure sign of Paul’s clout that he would be taken so seriously. However, Paul is literally done for is he allows his foes to define him as the peacenik Republican.